Hearts at Sea is the twenty-first episode of The Care Bears Family.

This section is incomplete. You can help by expanding it.

The episode starts with Baby Hugs Bear chasing after Baby Tugs Bear, who is riding a skateboard. Hugs wants on, but Tugs says that skateboarding is a boys-only thing, and that it is too dangerous for a girl to do it. Grams Bear notices them arguing, and says it reminds her of a story she heard.

She tells Hugs and Tugs the story, which takes place on the seas, where a boat is shown. The captain (Brave Heart Lion) asks his first mate (Bright Heart Raccoon) where they are going, and Bright Heart says that they are escorting their passenger to Port Happy. Brave Heart is not happy about their passenger, Rebecca, who is a girl, so he has Bright Heart check on her to make sure that she isn't causing trouble, and he takes the wheel.

However, his steering skills are below average, and he ends up causing Bright Heart to throw Rebecca's food out of a window due to the ship swaying. Rebecca has a series of maps, which were given to her by her grandfather, and she says she wants to one day serves as a captain. Bright Heart has Rebecca help him swab the deck, but when Brave Heart sees this, he is angry that a girl is doing something boys have always done. Then one of the sail's ropes snap, and Rebecca goes to fix it, but Brave Heart goes after her. Rebecca reaches the top, and manages to tie the sail back on, which Brave Heart says only boys can tie knots, but he falls off of the sail.

It is the first time that people have been introduced to a Baby Hugs Bear story. 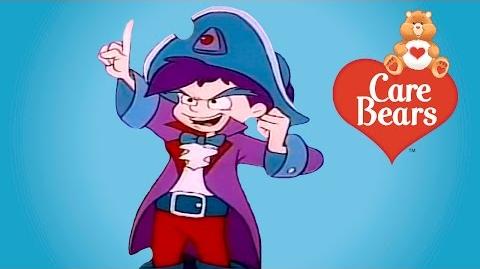 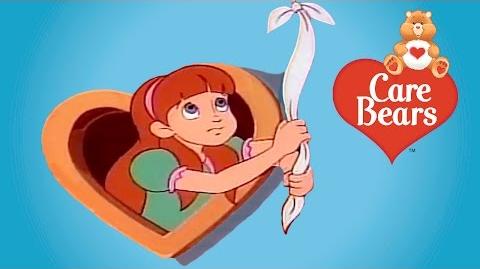 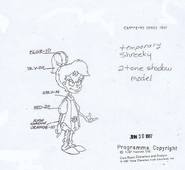 Add a photo to this gallery
Retrieved from "https://carebears.fandom.com/wiki/Hearts_at_Sea?oldid=22279"
Community content is available under CC-BY-SA unless otherwise noted.