This page is about the Beastly character from the 2010's series. For the original 1980's character, refer to Beastly

King Beastly is a known troublemaker. He often comes across as someone who mostly wants attention and doesn't understand how to quite fit in with others, leading to his constant clashes with the Care Bears.

He is usually accompanied by his Beasties, two brown creatures similar to himself.

King Beastly is a short and stout green creature with a striped furry tail and dark green eyes. He has a strong overbite and wears a crown.

Beastly and his Beasties 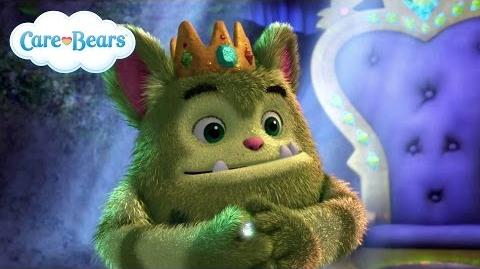 Add a photo to this gallery
Retrieved from "https://carebears.fandom.com/wiki/King_Beastly?oldid=25472"
Community content is available under CC-BY-SA unless otherwise noted.