The Care-A-Lot Games is the second part of the thirty-fifth episode of The Care Bears Family.

Brave Heart hosts a lighthearted look at a variety of children's games, with cheating duo Beastly and Shreeky competing as well, with the latter coaching the former. 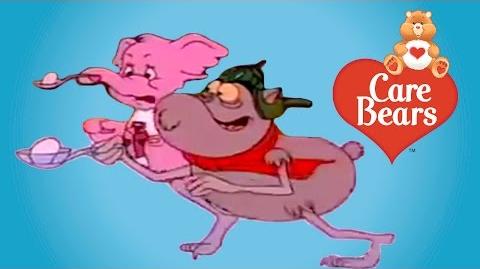 Retrieved from "https://carebears.fandom.com/wiki/The_Care-A-Lot_Games?oldid=23313"
Community content is available under CC-BY-SA unless otherwise noted.